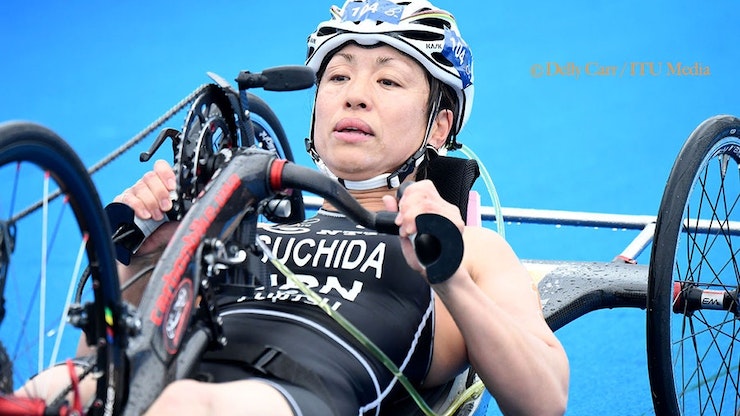 For the second year running, the best paratriathletes from around the world will compete in the ITU World Paratriathlon Series this weekend, with the first event of the revamped calendar taking place on Saturday in the Japanese city of Yokohama. Paratriathletes will compete on a sprint distance race along the beautiful Yamashita Park.

PTWC
The men’s PTWC race will certainly be one to watch. The full 2017 World Championship podium is competing in Yokohama, with many eyes likely to be focusing on one Dutch athlete, Jetze Plat. The double world champion and Rio 2016 gold medallist will be competing in Yokahama for the first time and with huge expectation on his shoulders.

Lining up alongside Plat will be teammate Geert Schipper, who knows exactly what it is like to race and win in the Japanese city, as well as the recent Gold Coast Commonwealth Games gold medallist, Joseph Towsend (GBR).

Among the other athletes likely to be vying for a podium position are Nic Beveridge (AUS) and local paratriathlete Jumpei Kimura.

In the female category, seven athletes will be taking up position at the start, with Spaniard Eva Maria Moral Pedrero wearing the number-one bib as the current ranking leader. Australian Lauren Parker, who finished third in the Gold Coast in one of her first major competitions, will be hoping for another podium place, as will Wakako Tsuchida (JPN), among the strongest athletes in the final segment, and Australia’s Sara Tait (AUS).

PTS2
Some well-known athletes will be competing in Yokohama in the PTS2 class, with American Mark Barr and Mohammed Lahna, competing under the ITU flag, assuming their roles as favourites. Spaniard Lionel Morales or French Stephane Bahier could also be among those to claim a medal at the finish line.

Among the women in the category, USA’s Allysa Seely is aiming to increase on her current tally of twelve gold medals in Paratriathlon events, but will be pushed hard by Rakel Mateo Uriarte (ESP), whose strong start to the season included victory at the Aguilas Paratriathlon World Cup.

PTS3
Only three male athletes will compete in the PTS3 category, with Britain’s Ryan Taylor claiming the stats as favourite, followed by Justin Godfrey (AUS) and Joaquin Carrasco (ESP).

In the women’s PTS3 field there will be just the two athletes competing in Yokohama: Elise Marc (FRA) and Anna Plotnikova (RUS).

PTS4
Much more crowded will be the PTS4 class, with eight athletes lining up on the Yamashita Park pontoon including Frenchman Alexis Hanquinquant. The winner here last year, Jamie Brown (USA) will be a major podium contender too, as will Steven Crowley (GBR) and hometown favourite Hideki Uda.

In the women’s race, Sally Pillbeam and local hero Mami Tani will dispute the PTS4 class.

PTS5
Another race packed with quality athletes will be the men’s PTS5, with the current ranking leader Chris Hammer (USA) wearing number one. Lining up with him will be George Peasgood (GBR) and Yannick Bourseaux (FRA), both with an excellent chance of stepping onto the podium.

Other names to watch will be Japan’s Keichii Sato and the oldest competitor in the field this Saturday, 48-year-old Spaniard Rafael Solis Torres.

As for the women, Grace Norman (USA) is widely considered the favourite to claim gold in the first WPS of the season, but it won’t be easy. Among the strong rivals looking to make an impact on the top three will be Gwladys Lemoussu (FRA) and Lauren Steadman (GBR), both surely among the front pack as the finish approaches.

PTVI
Yokohama will also mean a WPS debut for Spaniard Jose Luis Garcia Serrano, who has just claimed silver in the Aguilas Paratriathlon World Cup and expects another strong race this Saturday. It will be another tough podium, however, with the likes of Dave Ellis (GBR) and Daniel Knegt (NED) on the starting line-up.

Spain’s Susana Rodriguez will be trying to climb one step up in the podium after her second place in Yokohama last season. Alongside her, Atsuko Maruo (JPN) and Elizabeth Baker (USA) have also proven hard women to beat at the highest level.

The Yokohama WPS will be streamed live at triathlonlive.tv/yokohama and World Triathlon’s Facebook page. The competition can also be followed with the hashtags #WTSYokohama and #paratriathlon on Twitter and Facebook.